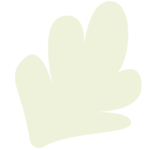 If there’s even a trace of doubt about wanting a child in the future, sterilization is not for you. There are alternate methods of long-term contraception that are completely reversible.

Think about sterilization as irreversible, just to be on the safe side.

The statistics on sterilization regrets

Moreover, the design of a few of the studies out there is questionable and has yielded widely different statistics2. For example, one literature review grouped women with zero children together with those who have one or two children34 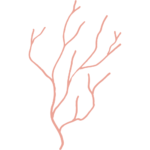 Sterilization regret is in part due to the common practice of asking women whether they want their tubes tied during cesarean section birth. While in pain, stressed, and possibly on medication, these women can make a rushed decision which they might later regret. They often also haven’t been properly informed of the consequences of sterilization. That makes this practice a form of non-consented care that reflects badly on the doctor, not the patient. This dubious practice might also inflate the numbers of women that regret their sterilization.

The World Health Organisation (WHO) identifies a young age as a factor of regret, encouraging doctors to proceed with caution.

Evidence: Studies show that up to 20% of women sterilized at a young age later regret this decision, and that young age is one of the strongest predictors of regret (including request for referral information and obtaining reversal) that can be identified before sterilization.5

This quote doesn’t specify whether that 20% of women already had a child or children and under which circumstances they agreed to the sterilization surgery. Some studies  If requests of childfree women were granted by doctors, the overall percentage of women regretting their sterilization would go diminish.

Besides, there is an excessive focus on the few that regret their sterilization, while ignoring the vast majority of women that are happy with their choice.

Advocating for your sterilization surgery as a childfree person

If you’re childfree and your doctor brings up regret during the consultation, it can be a good idea to cite the research on who regrets sterilization. 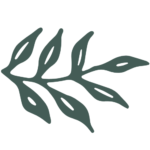 Preferably you have a relevant article from your own country to back up your numbers. Though these numbers tend to be difficult to come by. Tell the doctor that the statistics say it isn’t you who will regret sterilization surgery; it’s the women that have already given birth. This may feel like you’re tearing other women down with statistics, but you’re here to get a yes from your doctor for your own sake.

Making your case for sterilization while pregnant

If you are pregnant and want this to be your last pregnancy, discuss it with your doctors as soon as possible. Persisting in your request over several weeks or months will show your doctors that your mind is set. In addition, it shows that you understand and consent to the procedure and that you’re not likely to regret your decision. Informed consent makes the whole experience pleasant for all parties involved; your wishes are honored, and the doctor knows they did you a service.

Sterilization can be done whether you’re doing a vaginal birth or a cesarean section.

Pleading for sterilization when you already have a child or children

Lastly, if you’ve had a child or children and want to become sterile, shift the focus away from them. Some doctors want to argue whether your child(ren) “deserve” another sibling. Focus on your contentedness and how you can currently afford your child(ren) the time, love, and attention they need to thrive. Perhaps even say that your child wants to become a doctor and that you can’t send them to medical school if you had to invest that money into pregnancy and a newborn. Hopefully this will remind the doctor of their own path to becoming a doctor.
And if you have child(ren) and money isn’t the objection, go for private healthcare domestically or abroad. That’s where you usually won’t have to argue with a doctor to have your very reasonable wish granted.