The idea of traveling to a foreign country to get a tubal ligation or other sterilization surgery might intimidate you. You might wonder how you would be able to overcome the language barrier. At other times, you might be worried that the standards are not as high as in your home country. Perhaps you are worried about what to do if something goes wrong while you are in a foreign place. This page helps put the fears of medical tourism into perspective. It also gives you an overview of the pros and cons of undergoing sterilization surgery as a medical tourist. 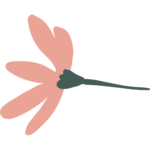 The main motivation for all types of medical touristm is the potential to save money. Especially people from the USA often face exorbitant medical costs and poor insurance coverage. If this describes you, making a trip to a different country might be much cheaper—even including all travel expenses. As a medical tourist, you will usually go to a private hospital. At private hospitals, care is often much faster available than it might be in an overloaded public hospital with waitlists in your home country.

While these points also apply to a tubal ligation surgery, there is one bigger motivation unique to female sterilization; the young and childfree will likely face less pushback from doctors when seeking out care in a different country. Since you are going to a private profit-oriented hospital, they are more likely to treat you like a customer. There is a big difference between looking at you as a customer or as a patient: customers bring potential business. While patients waste doctor’s time and attention.

Doctors in other countries often don’t know much about your culture and the importance of children in your country. That makes them less likely to lecture you about it. While they might hesitate to perform a tubal ligation surgery on their own nationals, they might assume that sterilizations are more common in your culture. The effort of traveling all the way to see this doctor might also portray you as someone who is very serious.

Another reason why many doctors deny sterilizations is their worry about legal consequences if you change your mind later in life. As a foreign patient, you are much less likely to travel back to their country to file claims in a foreign legal system.

How to overcome the language barrier? 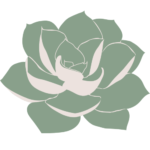 The language barrier is a much smaller issue than it immediately seems. As a medical tourist, you’ll usually not just visit a random hospital, but a private hospital that specifically caters to medical tourists. These hospitals only employ people in all positions with patient contact that speak fluent English.

That being said, you might experience some difficulties with understanding doctors and nurses who speak with an accent. If that’s the case, it’s important that you tell them that you didn’t understand. Kindly ask them to repeat what they said, even if you have to do that several times. There is no need to feel embarrassed about communication difficulties.

Is the medical standard lower in foreign countries?

If you are going to a hospital that specializes in medical tourists, you might be surprised by the fanciness. You’ll most likely find the same medical standard as in a high-quality hospital in your own country. Perhaps the standards and service are even higher than you’re used to. Many doctors in these hospitals have studied in abroad at good institutions. The equipment is usually modern and in a good state. 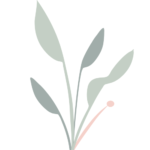 News reports in mass media tend to focus only on one particular issue, which only makes out a small part of the country and is often not relevant for you as a medical tourist at all. Many tv shows are notorious for presenting foreign countries as way less developed than they really are. The development in many countries goes incredibly fast. So experiences from people who visited these countries years ago might be completely outdated. Perhaps their experiences as a backpacker in a remote place have not much to do with your experience as a medical tourist in a city.

What if something goes wrong?

The thought, that you might develop medical issues after your surgery while being in a foreign place without friends or family around to help you, can be scary. If possible, bring a trusted person with you on your sterilization trip. But we understand that this is not an option for many people. Since the cost of hospital stays in typical medical tourism countries is low, it’s often common to stay at least one night at the hospital after your tubal ligation or bilateral salpingectomy surgery. If it makes you feel safer, it’s usually no problem to ask for an additional night stay in the hospital. 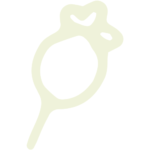 Before you leave the hospital, make sure to ask for a direct contact number you can call. If you’re staying at a hotel, it’s a good idea to let the staff at reception know that you are a medical tourist recovering from surgery. In case of an emergency, they can call an ambulance or doctor. Then you won’t need to worry about explaining what the problem is to dispatch. If you are staying at an Airbnb, you can do the same with your host. Of course, you should also know the emergency number yourself, in case you can’t reach reception or your host.

Medical tourism is a great way to find a shortcut in a system that does not respect your bodily autonomy. It sometimes takes people years to find a surgeon in their home country who is willing. In a different country, it can all be done within a few weeks without a lengthy process and struggle.