Since all common female sterilization methods are abdominal surgeries, they come with a few rare risks and contraindications.

The most common risks are:

All these risks are rare and only occur in 0,1% of cases1. 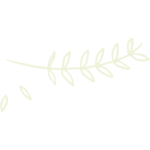 Contraindications for receiving a tubal ligation1 are:

The reason why many doctors prefer performing a tubal after a cesarean birth is to avoid future abdominal surgery.

Having a contraindication doesn’t automatically mean that you can’t obtain the surgery; it means that you have a higher risk of developing complications. If you have any of these, it’s good to share these with your surgeon so you’ll get the best care.

Dying of undergoing bilateral tubal ligation or bilateral salpingectomy is extremely rare. Death occurred in 4 out of every 100,000 female sterilization surgeries before 19822. The most common reasons for death3 are:

These risks are inherent to surgery in general and not the type of surgery in particular.

Side effects of female sterilization 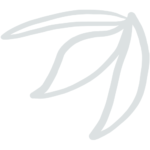 While many myths about the side effects of tubal ligation or other sterilization methods exist, none of them have been confirmed in research. One self-reported and self-diagnosed name for this affliction is post-sterilization syndrome4. However, neither experts nor the women who experience discomfort after their sterilization surgery agree on the symptoms of this syndrome.

There are also no documented changes in sex drive after receiving sterilization surgery. Many women find sex more enjoyable after getting sterilized because they don’t need to worry about getting pregnant anymore6.

There is no known correlation between weight loss, weight gain, or appetite, and sterilization methods such as tubal ligation. Because of the age bias, doctors mostly offer sterilization to older women—while young women often have tremendous difficulties finding a helpful doctor. Since many people gain weight as they age, they might assume that it’s caused by their sterilization even though there are other factors at play6.