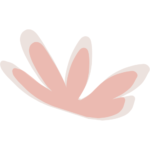 Starting in the past and continuing today, there are countries that have routinely coerced people into undergoing sterilization procedures. Forced sterilization is awful and SterilizationAunty is against any forms of pressure or misleading people into becoming sterile. It is unethical and the law should persecute the people who do this as criminals.

The target groups of these governments have often been indigenous people, ethnic or racial minorities, disabled people, people with conditions like HIV, poor people, among others. This medicalized torture has left many people traumatized. Depending on some other factors, these state abuses can be classified as eugenics or genocide.

The methods of those governments to pressure these people into surgeries are misinformation, misleading the patient, financial incentives, and obtaining dubious consent while the patient is under duress. Forced sterilization involves no informed consent and constitutes medical malpractice. 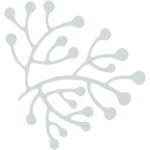 SterilizationAunty is about voluntary female sterilization, where the patient suggests the procedure to the doctor and not the other way around. We aim to help women become fully-informed so that they can talk to their doctors on an equal level. We want to shift the power back into the hands of the patient who is requesting a service.

Here we fight on the other side of reproductive justice. Doctors denying you the healthcare you seek while fully-informed should also be criminalized. Having doctors belittle you and reject your pleas to receive sterilization surgery can also traumatize an individual.

Above all, abuse in healthcare is unacceptable.